I’ve been invited to show JLT at Schinkel Pavillon in the first week of September. The show is curated by Simon Denny, who in turn has invited 5 curators (as nodes in the network). Each of these curators, then invite two artists, of which I am one with the curator being Aude Launay (JLT Board Member, also able to claim JLT bounty number 8).

So this proposal/vote is for how to best represent the abstraction of the JLT in this setting/context. As the wall based pieces primarily functions as certificates of purchasing tokens, it's a question on where to place the abstraction in connection with the visual identity of the JLT. So for this vote, there's four different options for what the work should look like in the upcoming show as embodied as different continuations of the token pieces from the JLT launch 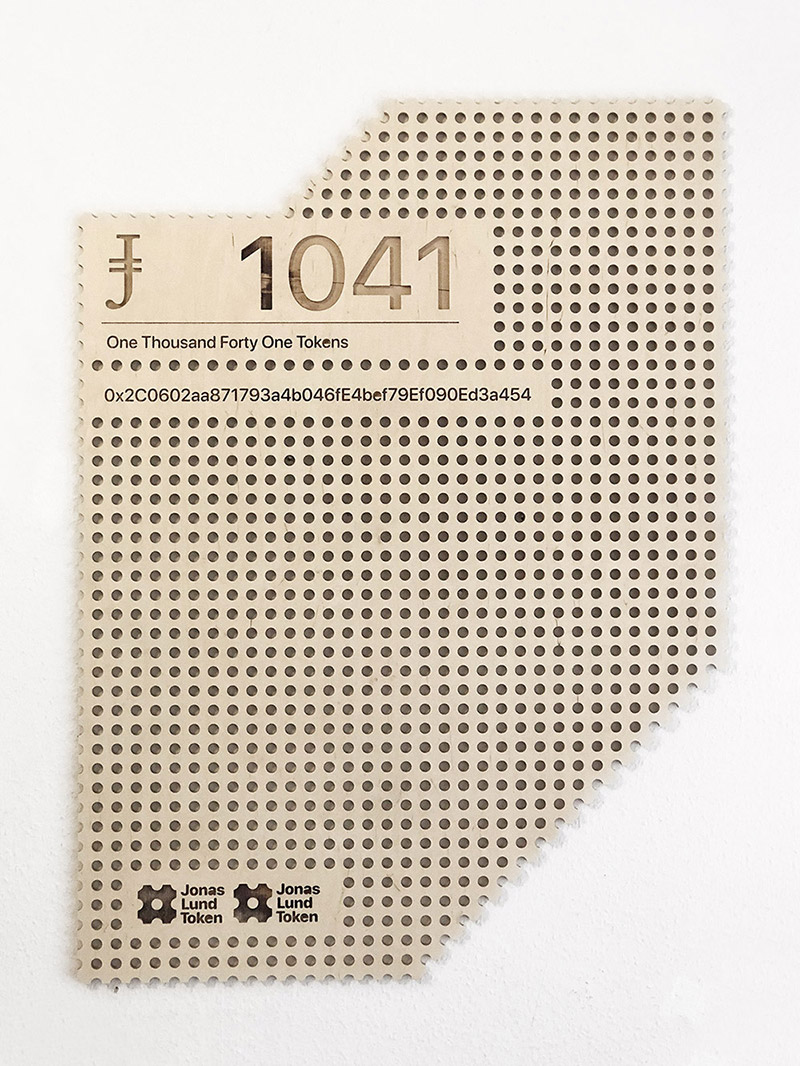 Option 2 Plain CNC'ed and engraved plywood, that has been painted with an assortment of acrylics, water colours, faux spray paint, gels and mediums. After some weeks, this is the finalised look. 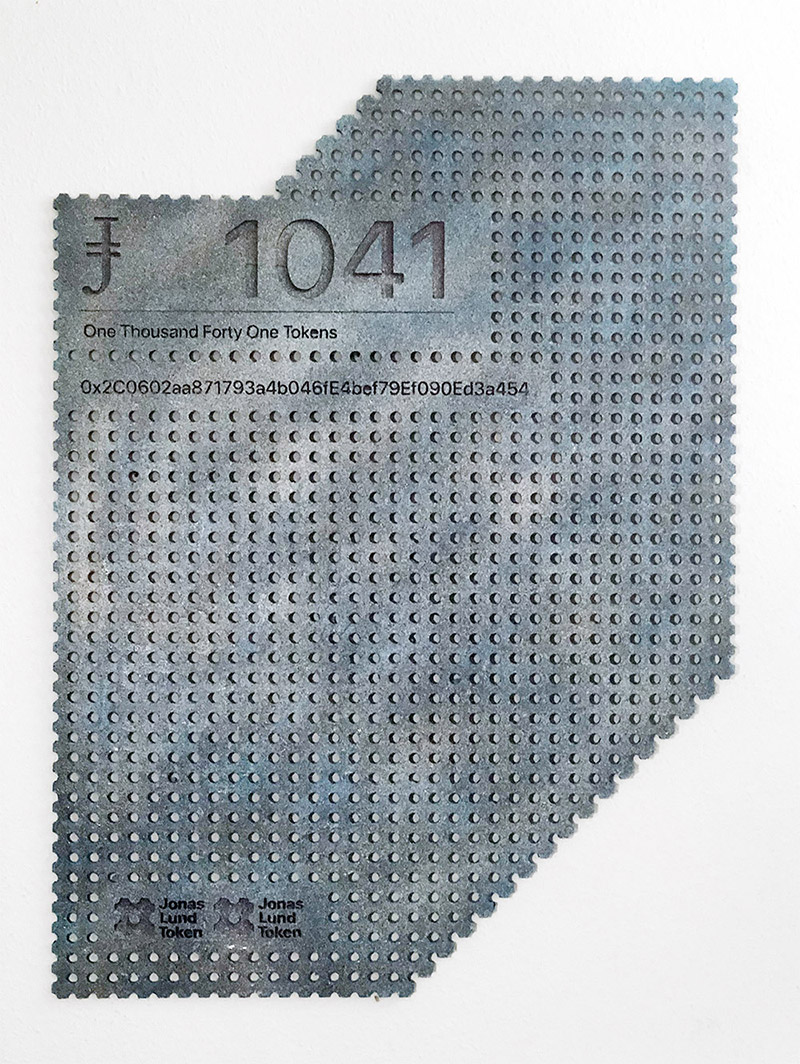 Option 3 Same shape as above but with a more didactic and "certificate" approach. The birds in this version are placeholders, as I would open up the selection of these shapes and birds to all token holders in a separate vote. 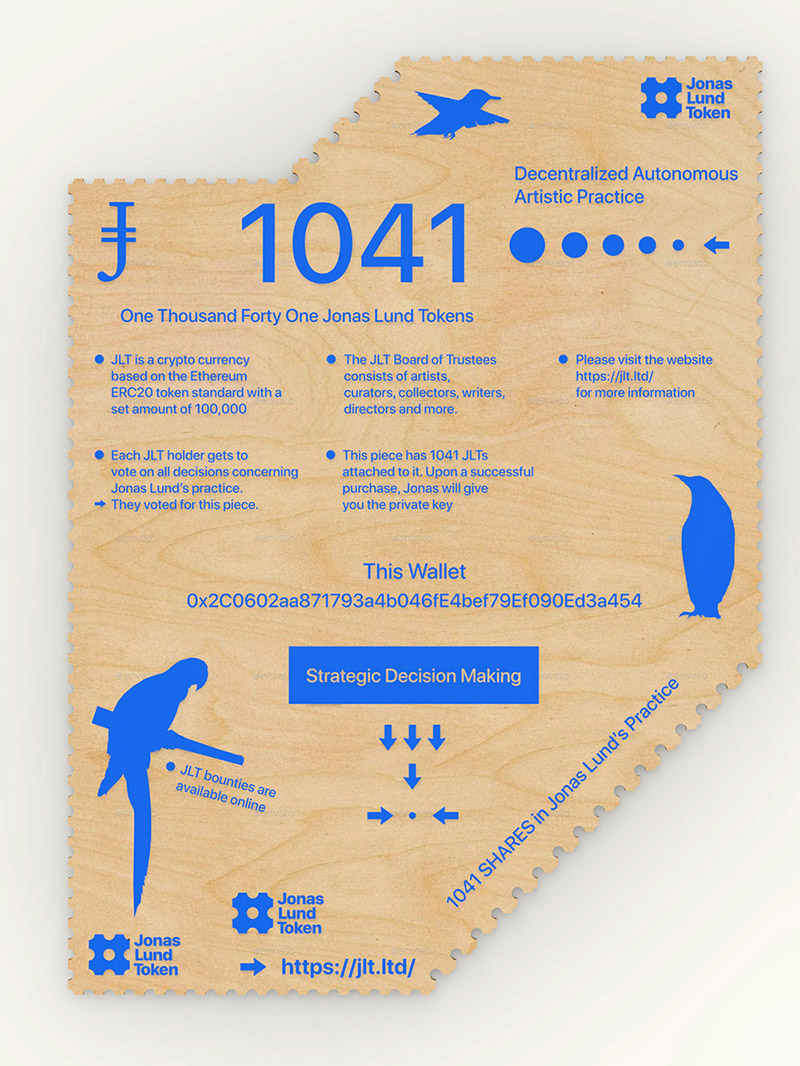 Option 4 Take the token piece from option 2 and burn it in a controlled way to create something that's very fragile. The credits for this idea goes out to Constant Dullaart.

By the way, in a while there will be some more votes that concerns what should happen with JLT, how to increase incentives for becoming an owner, create more desire, and to expand the JLT brand and as you are part of the board of trustees, you are an owner of JLT, so this effects you dearly. :)

You need Jonas Lund Tokens to view this content.
Get Some Here

Here's some images from the Proof of Work exhibition at the Schinkel Pavillion. 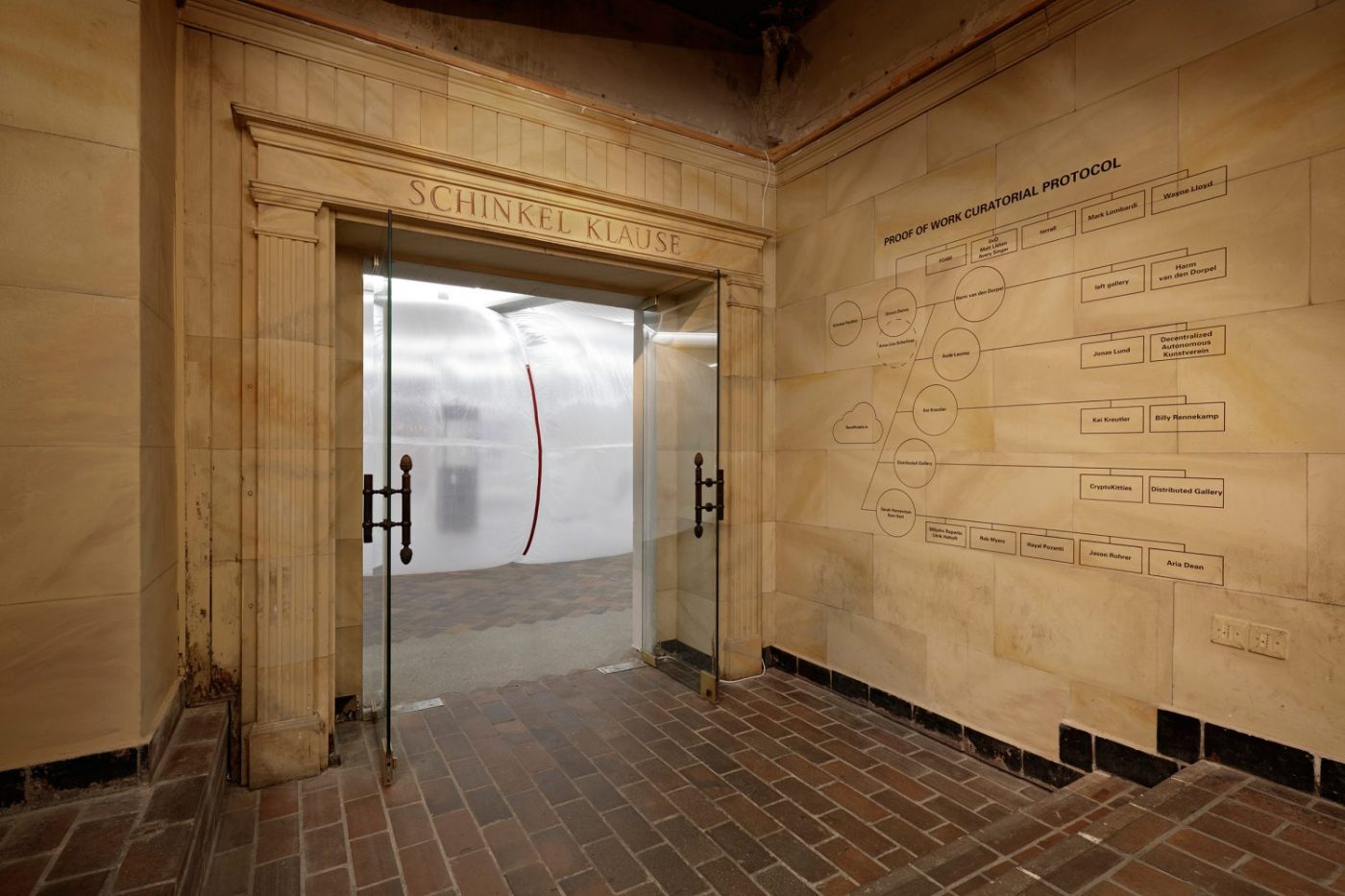 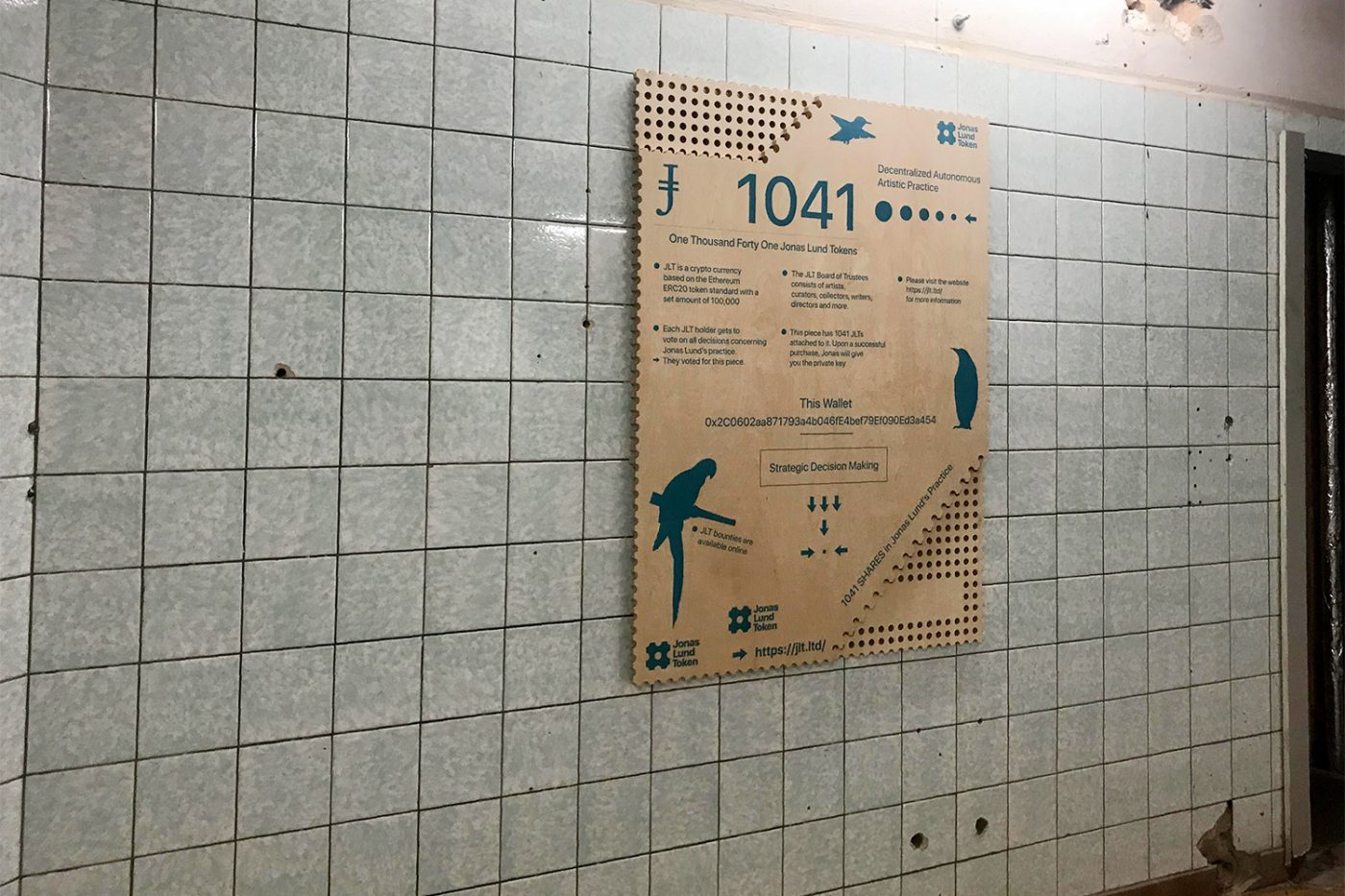 Option number 3 is the winner and will be the piece in the show. Due to time-restrictions the open vote for the birds will be delayed for a future piece, and for now the piece will stay as is.

It’s been an interesting conversation between the abstract vs the didactic approach, and good points from both sides of the spectrum. As the wall based piece functions as a representation of something rather abstract, I find it helpful with the explanation embedded in the piece itself, as Christiane points out: “It makes the token a token, a representation of its function”, in the similar vein as a bond certificate or paper currency, the value is produced through its function.

Opening is on the 7th of September at Schinkel Pavillion in Berlin, would be great to see you there!